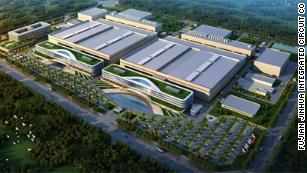 A growing number of Chinese military scientists are using their research collaborations with Western universities to take their host country’s expertise back home to improve China’s own technology, a new Australian report claimed Tuesday.

The report, by the Australian Strategic Policy Institute (ASPI), called out what it saw as a lack of caution among Western governments and universities in the face of an alleged concerted campaign by Beijing to advance the Chinese military using foreign technology.

“I just haven’t seen any universities acknowledge the risk of this. They haven’t really made that step publicly distinguishing between beneficial collaboration with China and cooperation with the Chinese military which may not be in our interests,” Alex Joske, report author and ASPI researcher, told CNN.

The ASPI is a non-partisan think tank, partly funded by the Australian government.

Since 2007, more than 2,500 Chinese scientists with links to the People’s Liberation Army (PLA) have traveled to work in the United States, Australia and the United Kingdom, among others, according to ASPI research.

In a PLA Daily article, these activities are described as “picking flowers in foreign lands to make honey in China.”

The Chinese Foreign Ministry said in a statement to CNN the report was “ridiculous and groundless … irresponsible and not worth refuting.”

“China’s overseas exchange and cooperation on technology and humanities are in line with everyone’s interests. We urge the related party to abandon cold war mentality and focus their energy on something beneficial,” the statement said.

The Chinese scientists, who came from institutions such as the Navy Submarine Academy and the Rocket Force Engineering University, traveled to Western countries to conduct study abroad, undertaking their PhDs or working as visiting scholars.

But during their research overseas, ASPI claims they maintain a strict loyalty to their government and the Chinese Communist Party. “Party education and training cannot stop outside the country,” the PLA Daily article said.

Universities Australia hit back strongly at suggestions that there were inadequate protections around collaborations between Australian researchers and foreign military scientists.

“Australian universities carefully assess applications from students from all countries and liaise with defense and security agencies as needed,” the organization told CNN in a statement.

“Australian universities help to advance Australia’s national interests through their research and education ties with students and researchers all around the world. All visa decisions are made by the Australian government.”

University of New South Wales, which was mentioned by the ASPI report, said they conducted “rigorous assessments as required by the Australian Government’s Defence Export Controls framework.”

The number of peer-reviewed articles written by overseas scientists and Chinese PLA researchers grew from 112 in 2006, to more than 700 in 2017, according to the ASPI.

Out of those, the vast majority were in were in the so-called “Five Eyes” countries, a close group of Western nations including the United States, United Kingdom, Canada, Australia and New Zealand, who share intelligence and other information.

The ASPI report even claims some military scientists from China have “actively used cover” to disguise their PLA affiliations, instead claiming to be from academic institutions which don’t exist.

The report was released just one day after Christopher Ashley Ford, assistant secretary at the US Bureau of International Security and Nonproliferation, said cracking down on the transfer of technology to China was a priority for the US.

“We do need to understand China’s technology strategy, and its military and potential strategic implications,” he said.

“If we … continue engagement with the Chinese military-technological complex in its state of ‘fusion’ with China’s civilian sector, this must be done only with due care.”

Chinese Vice Premier Han Zheng said in a public speech on Monday there needed to be closer military-civilian integration in China, according to state media Xinhua.

Joske said while collaboration between Chinese researchers and their international peers was important, there needed to be tighter controls when it came to research with strategic implications.

“The information flow and the advantages of this collaboration are overwhelmingly to the PLA because they’re often sending people here to train and gain these skills, they’re not coming to teach our scientists new skills,” he said.