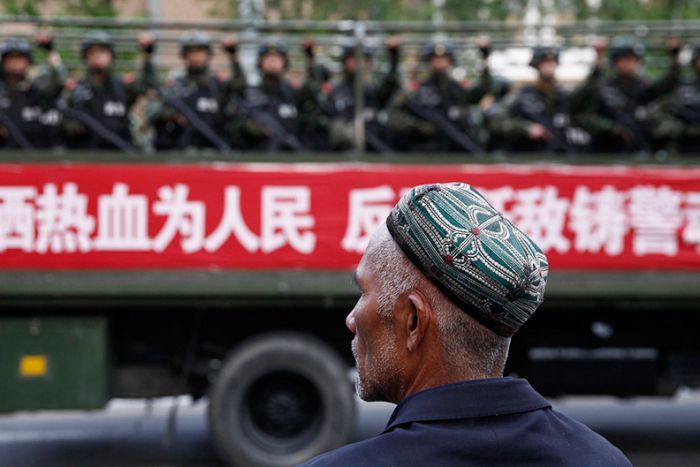 A United Nations human rights panel believes it has received many credible reports that more than 1 million ethnic Uighurs in China are being held in what resembles a “massive internment camp that is shrouded in secrecy.”

Gay McDougall, a member of the UN Committee on the Elimination of Racial Discrimination, cited estimates that 2 million Uighurs and Muslim minorities were forced into “political camps for indoctrination” in the western Xinjiang autonomous region.

“We are deeply concerned at the many numerous and credible reports that we have received,” she told the start of a two-day regular review of China’s record, including Hong Kong and Macao.

“That in the name of combating religious extremism and maintaining social stability (China) has changed the Uighur autonomous region into something that resembles a massive internship camp that is shrouded in secrecy, a sort of ‘no rights zone’.

‘Lambs waiting to be killed’

“There are reports of mass detentions of ethnic Uighurs and other Turkic Muslim minorities,” she said.

Monitoring groups say the Uighurs have been targeted in a surveillance and security campaign that has sent thousands into detention and indoctrination centres but Ms McDougall suggested the number might be considerably higher.

“There are estimates that upwards of a million people are being held in so-called counter-extremism centres and another 2 million have been forced into so-called re-education camps for political and cultural indoctrination.” She did not specify a source for that information in her remarks at the hearing.

China has said that Xinjiang faces a serious threat from Islamist militants and separatists who plot attacks and stir up tensions between the mostly Muslim Uighur minority who call the region home and the ethnic Han Chinese majority.

A Chinese delegation of some 50 officials made no comment on her remarks at the Geneva session that is scheduled to continue on Monday.

The US mission to the United Nations said on Twitter it was “deeply troubled by reports of an ongoing crackdown on Uighurs and other Muslims in China”.

“We call on China to end their counterproductive policies and free all of those who have been arbitrarily detained,” the US mission said.

‘You have to criticise yourself’

Kazakh Muslim Omir Bekali, and other former detainees, detailed how he had to disavow his Islamic beliefs, criticise himselves and give thanks to the ruling Communist Party.

The allegations came from multiple sources, including activist group Chinese Human Rights Defenders, which said in a report last month that 21 per cent of all arrests recorded in China in 2017 were in Xinjiang.

Earlier, Yu Jianhua, China’s ambassador to the United Nations in Geneva, said it was working towards equality and solidarity among all ethnic groups.

But Ms McDougall said members of the Uighur community and other Muslims were being treated as “enemies of the state” solely on the basis of their ethno-religious identity.

More than 100 Uighur students who returned to China from countries including Egypt and Turkey had been detained, with some dying in custody, she said.

Fatima-Binta Dah, a panel member, referred to “arbitrary and mass detention of almost 1 million Uighurs” and asked the Chinese delegation, “What is the level of religious freedom available now to Uighurs in China, what legal protection exists for them to practice their religion?”

Panellists also raised reports of mistreatment of Tibetans in the autonomous region, including inadequate use of the Tibetan language in the classroom and at court proceedings.

“The UN body maintained its integrity, the government got a very clear message,” Golok Jigme, a Tibetan monk and former prisoner living in exile, said at the meeting.