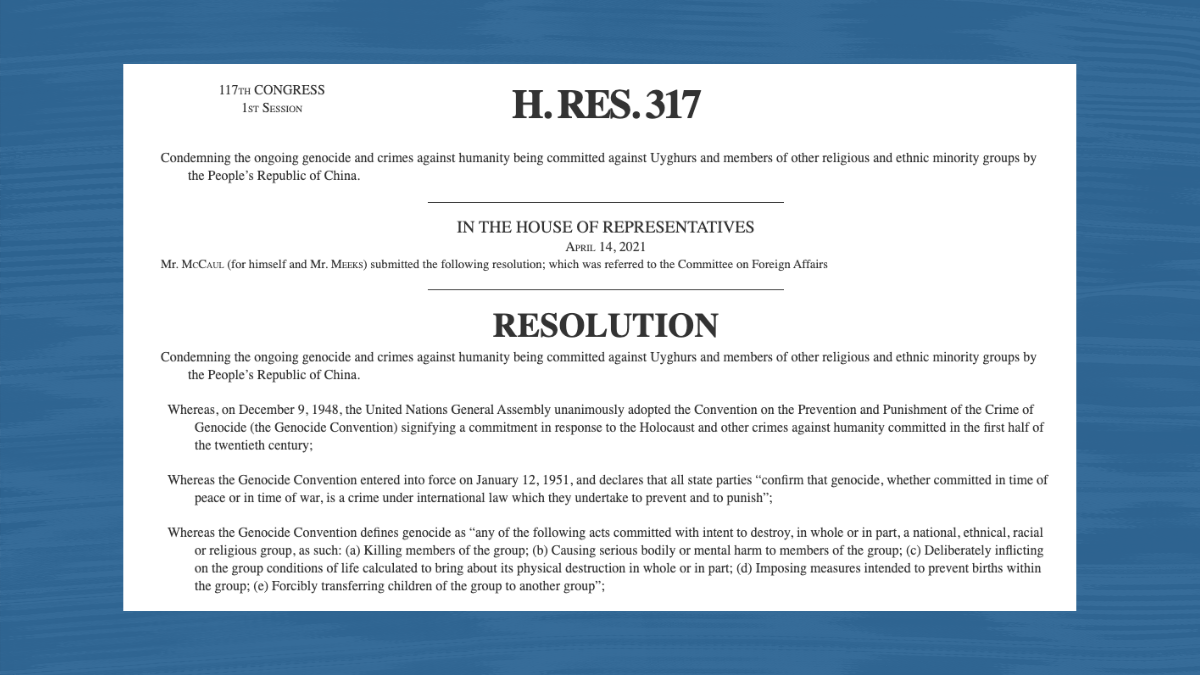 UHRP and 41 other human rights advocacy groups today jointly announced their support for swift action on a bipartisan resolution recognizing the Chinese government’s genocide against the Uyghur people. The 42 groups wrote to House Speaker Nancy Pelosi to convey their endorsement and support for swift passage.

The resolution calls upon the President to “use the voice, vote, and influence of the United States” to refer the People’s Republic of China’s genocide and crimes against humanity to the United Nations for investigation.

Most importantly, the Resolution calls for the President to direct the US Mission to the UN to seize the United Nations Security Council of the circumstances of this genocide and crimes against humanity and lead efforts to invoke multilateral sanctions in response to these ongoing atrocities; and take all possible actions to bring this genocide and these crimes against humanity to an end and hold the perpetrators of these atrocities accountable under international law.